Wyoming’s Josh Adams has accepted an invitation to play in the 64th annual Portsmouth Invitational Tournament (PIT) from Wednesday through Saturday in Portsmouth, Va. The four-day, twelve-game event features 64 of the best collegiate seniors playing in front of representatives from all 30 NBA teams. Adams and Fresno State’s Marvelle Harris will represent the Mountain West at this year’s PIT. Five players from the 2015 PIT were selected in last year’s NBA draft.

A native of Parker, Colo., Adams averaged 24.7 points per game in 2015-16 for first in the Mountain West and third in the NCAA. He also paced the Pokes at 5.5 rebounds per contest, 4.2 assists and 1.5 steals, while ranking in the top 10 of 11 different MW statistical categories. His 3.2 threes per game also led the conference and ranked 15th in the nation. Adams scored 740 points this season to break Wyoming’s single-season record of 701 by Flynn Robinson in 1964-65, while his nine threes against Colorado State on Feb. 20 tied UW’s single-game record.

Adams recently earned Associated Press All-America Honorable Mention, becoming the first Cowboy to be named an All-American since 2002. He also was named All-MW First Team by the league’s coaches, tabbed MW Player of the Year by the conference’s media and claimed All-District honors from the U.S. Basketball Writers Association and the National Association of Basketball Coaches.

Adams recently signed with BDA Sports Management and is currently in Santa Barbara, Calif., preparing for the NBA draft in late June. 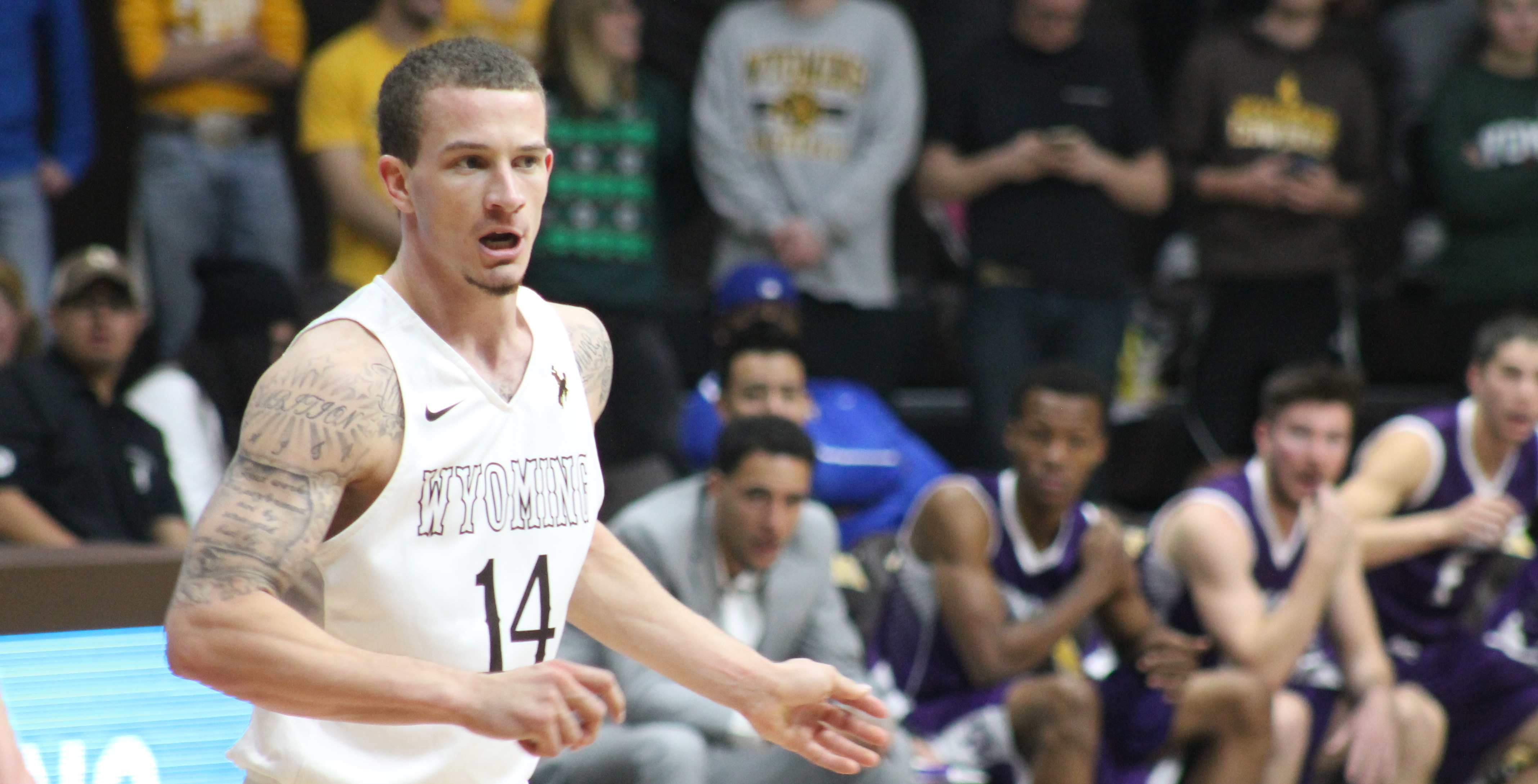