On Saturday, March 24 the City of Cheyenne will host its 5th Annual Chicken Curling Tournament at the Cheyenne Ice and Events Center. Although the event has gained support to return for a fifth consecutive year, this year’s rendition has gained the attention of the People For The Ethical Treatment of Animals (PETA) organization.

In a letter dated March 12th to the City of Cheyenne, PETA President Ingrid E. Newkirk offered to replace the event’s customary frozen chickens with frozen vegan roasts. Despite the generous offer, City of Cheyenne Mayor Marian Orr issued a response to Newkirk and the PETA organization stating the tournament will continue its use of frozen chickens. Orr elaborated that the frozen chickens have been reused the past five years for the event. Both letters can be found below. 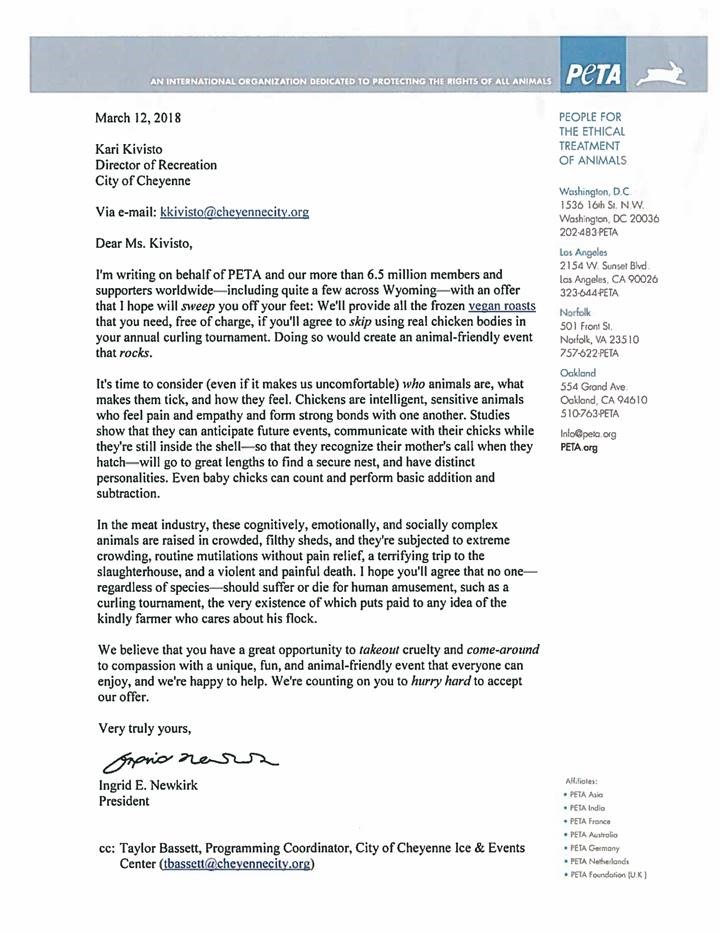 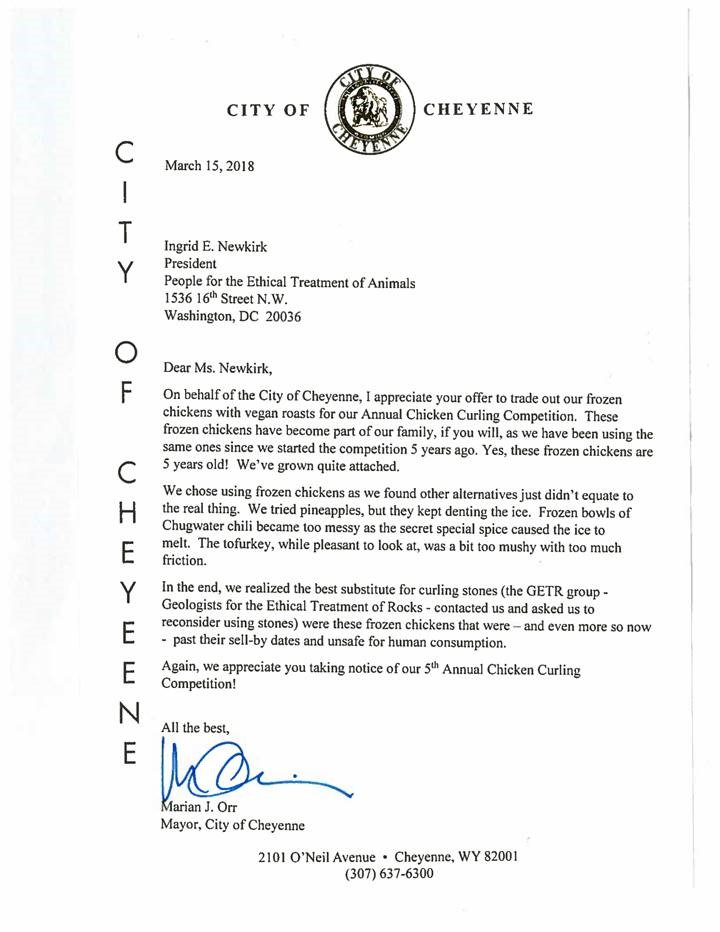 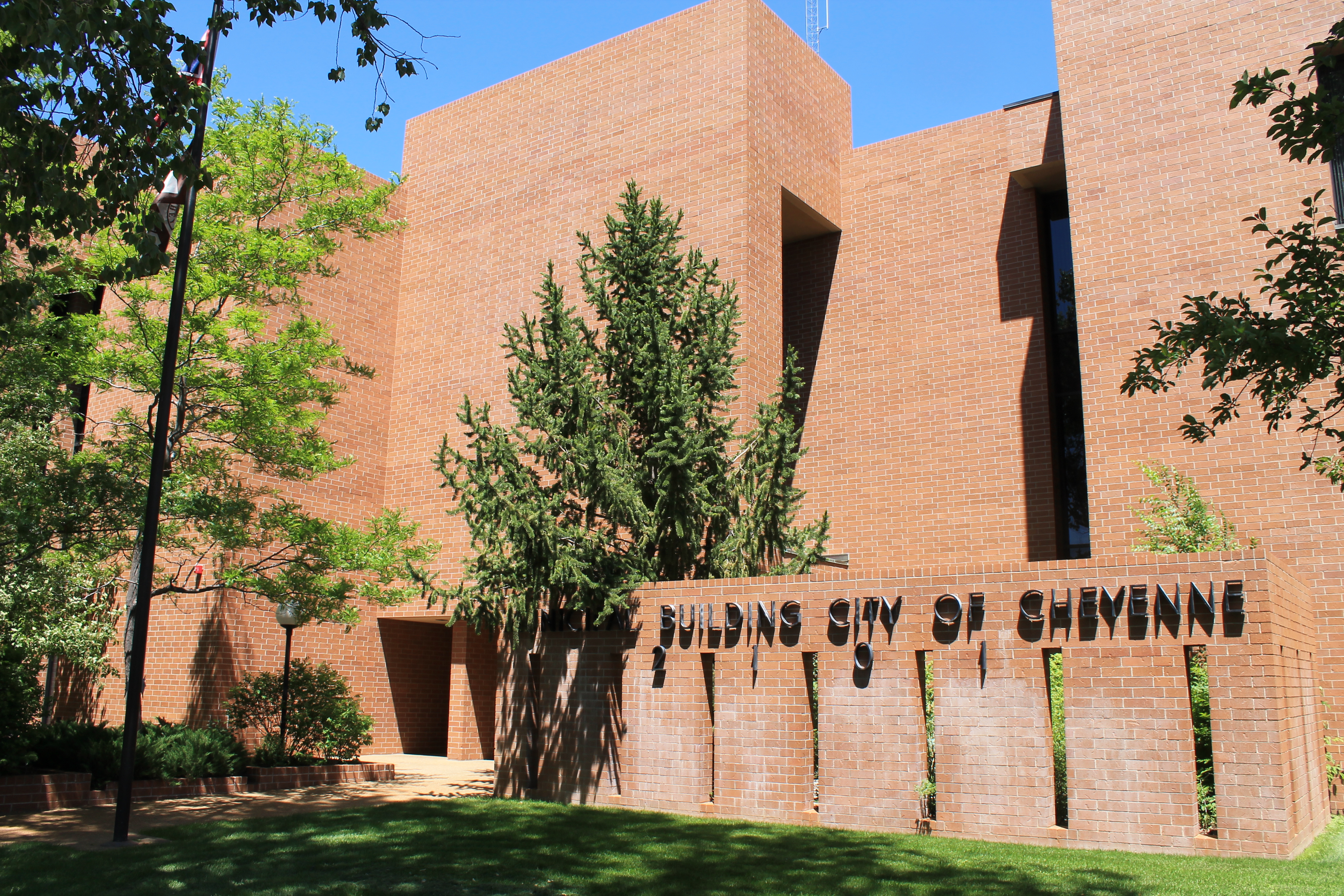