Last Friday, Cheyenne East opened up East Conference play with a frustrating loss to Cheyenne Central.  But the T-birds maintained their #1 ranking because of several upsets in Class 4A.  Last (Friday) night, East trailed by as many as eight in the second half, but rallied to beat Gillette 67-66.

Trailing by one on two separate occasions, East would capitalize on a pair of missed free throws.  Gillette’s Eli Voigt came into the game as a 92% free throw shooter on the season, but missed the front end of a one-and-one, two times, setting up the stage for the T-bird win.  Connor Leishing was fouled driving to the basket, and calmly sank a a pair of free throws, giving East the lead with 13.2 seconds left.  The Camel’s Trey Larsen missed a three-point shot as time expired, as the T-birds picked up the win.

The big two were back in form for East, as senior Zach McCord finished with 24 points, while junior Elijah Oliver pitched in 21.  And while their offensive production is very important, it was the play of the role players that was a big part of the game, and head coach Jeff Bailey says guys like Tyler Peeples, Jacob Ross and Tyler Weinberger were huge.

East improves to 9-3 overall and 1-1 in the East Conference, while Gillette is now 6-8 and 1-2.  The T-birds host #5 Sheridan at 1 pm this afternoon, while the Camels are at Central, in a game you can listen on AM 1240 KFBC or right here via the On-Air Stream.

The East girls couldn’t overcome a hot-shooting Gillette team, as the Lady Thunderbirds lost for the first time this season.  East led 9-6 early on, but a 10-0 run by the Lady Camels had them rolling, as they cruised the rest of the way.

East senior Ashton Brodahl left the game in the third quarter with an apparent head injury, while sophomore Sierra Stellern was injured in the first half, and didn’t return.  Twin sister Cosette Stellern led East with 14 points.  They drop to 13-1 on the season and 1-1 in the East Conference.  Gillette is now 12-2 and 3-0.  The Lady T-birds host #2 Sheridan at 11:30 today, while Gillette is at Central at 11:30 and you can listen to that on AM 1240 KFBC or right here with the on-air stream. 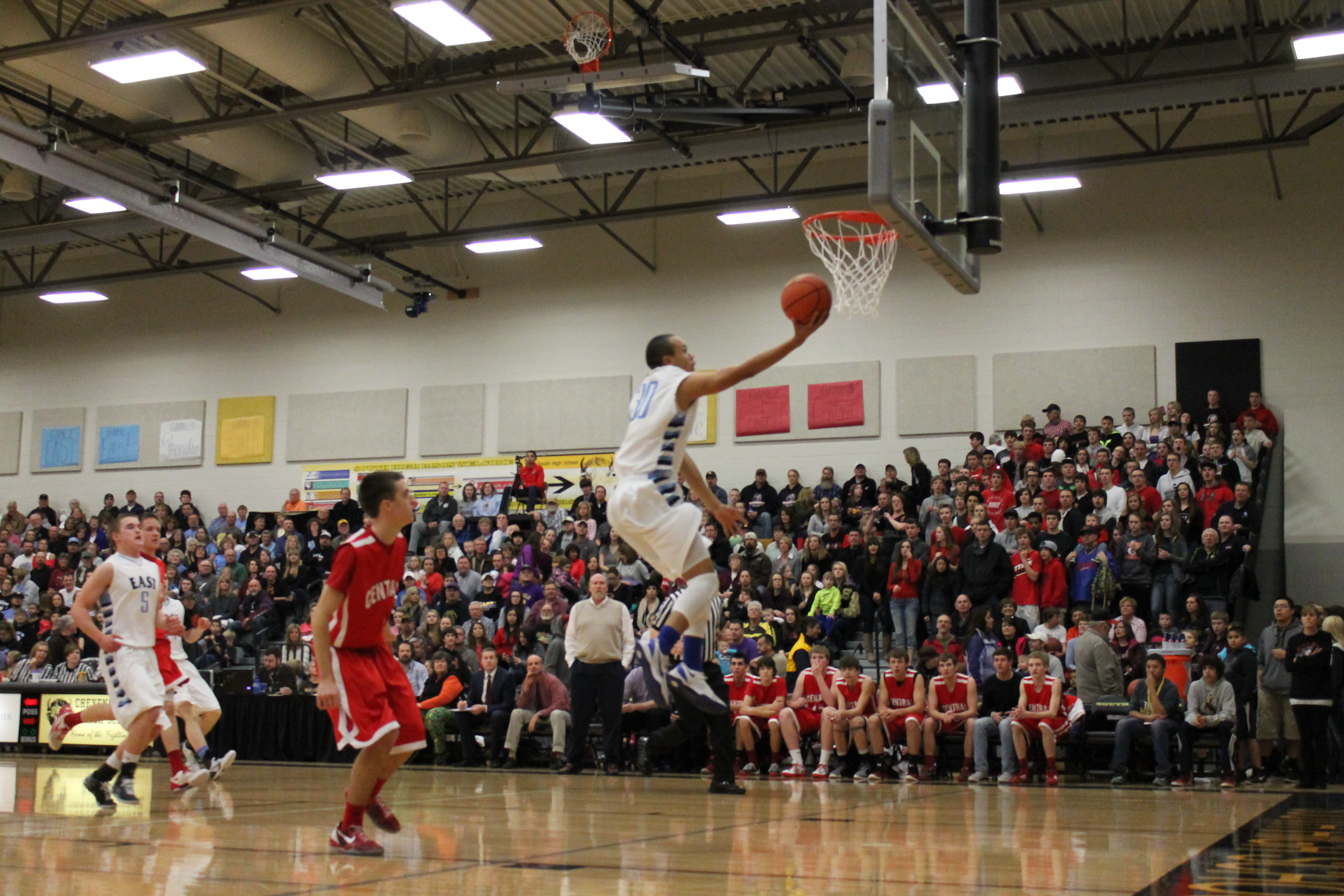