16 Mar 2002: Luke Walton #4 of Arizona fights for position against Josh Davis #22 of Wyoming in a 68-60 win during the second round of the NCAA Men's Baketball Tournament at The Pit in Albuquerque, New Mexico. DIGITAL IMAGE. Mandatory Credit: Harry How/Getty Images

Last (Wednesday) night’s “Cowboy Capsule” was the 2002 men’s basketball game against Utah, that clinched the Mountain West title for the Cowboys. Former Cowboy Josh Davis was a big part of the ’02 team, and was on the SportsZone Wednesday evening to talk about that game, and that team. 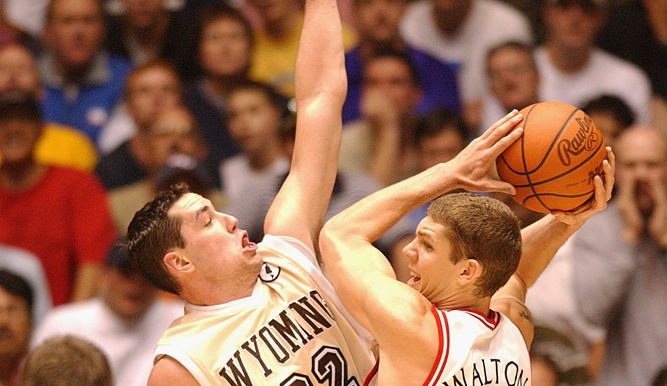