If you’ve noticed pine trees with brown pine needles still attached after the winter months, this may be due to pine wilt, which has now been confirmed in Cheyenne. Pine wilt is caused by a microscopic nematode that is transported by the pine sawyer beetle, which is a long-horned, black beetle with abnormally long antennae. This fatal wilt disease plugs-up the sapwood and prevents the tree from moving water and nutrients. Pine wilt only affects the health of non-native pine species, such as Austrian pine, Scotch pine, and mugo pine. Colorado State University’s plant diagnostic clinic positively identified the pinewood nematode (PWN) in a mugo pine sample submitted by the Cheyenne Urban Forestry Division.

Diseased trees should be cut down before the pine sawyer beetle emerges, which is usually in late May, and should be chipped, burned, or buried. Logs from diseased trees should not be sold, transported outside the area, or held past the spring. Pine sawyer beetles are strong flyers, and will not be deterred by the Wyoming wind. Because of this, they have the potential to continue spreading this disease. 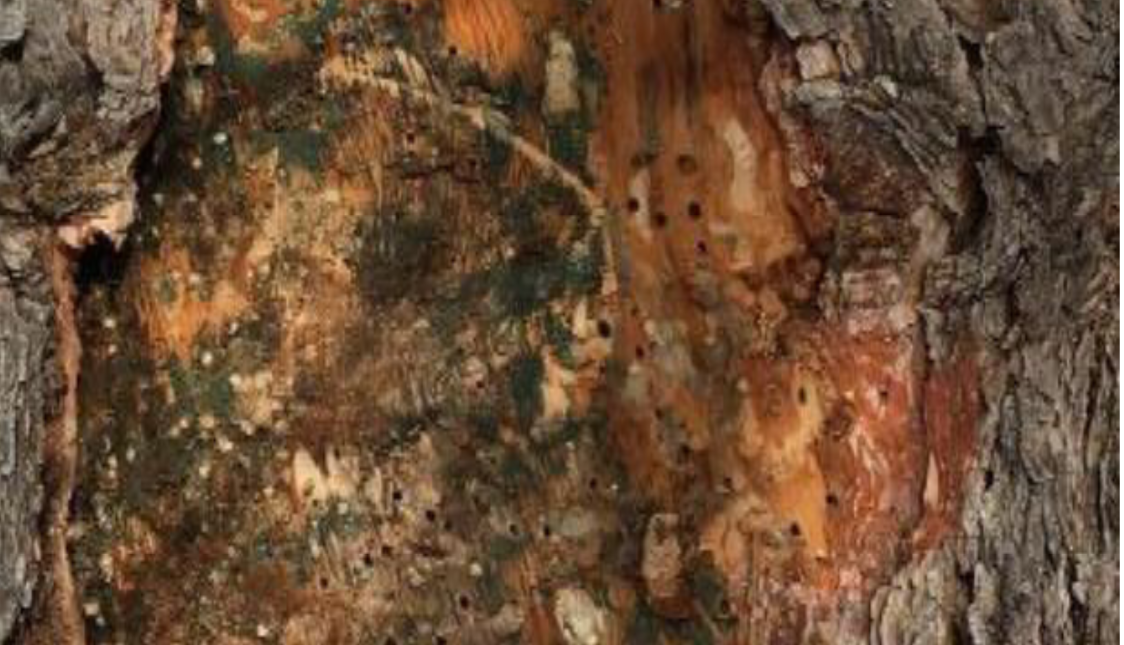