The Laramie County Sheriff’s Department continues to search for the remains of a missing 13 month old Cheyenne boy.

Crews from Laramie County and Colorado have been searching a landfill in Ault, Colorado for three days attempting to find the body of Silas Ojeda.  According to the Laramie County Sheriff’s Department, crews felt they were in the area of Cheyenne refuse that was dumped there due to items of old mail with addresses on them from the area.

Captain Linda Gesell, with the Laramie County Sheriff’s Department, says crews are searching an area of the landfill about half the size of a football field, nearly 100 yards long and 25 yards wide, and about 15 feet deep.  She says the search will be like trying to find a needle in a haystack.

23 year old Logan Hunter Rogers of Cheyenne has been arrested and charged with manslaughter in the death of the missing 13 month old, and may have exposed him to methamphetamine before he died.  Rogers told law enforcement authorities he dumped the body in a dumpster near Laramie County Community College.  The contents of that dumpster were then taken to the landfill in Ault.

Gesell says the Sheriff’s department is attempting to interview the child’s mother in relation to the case. 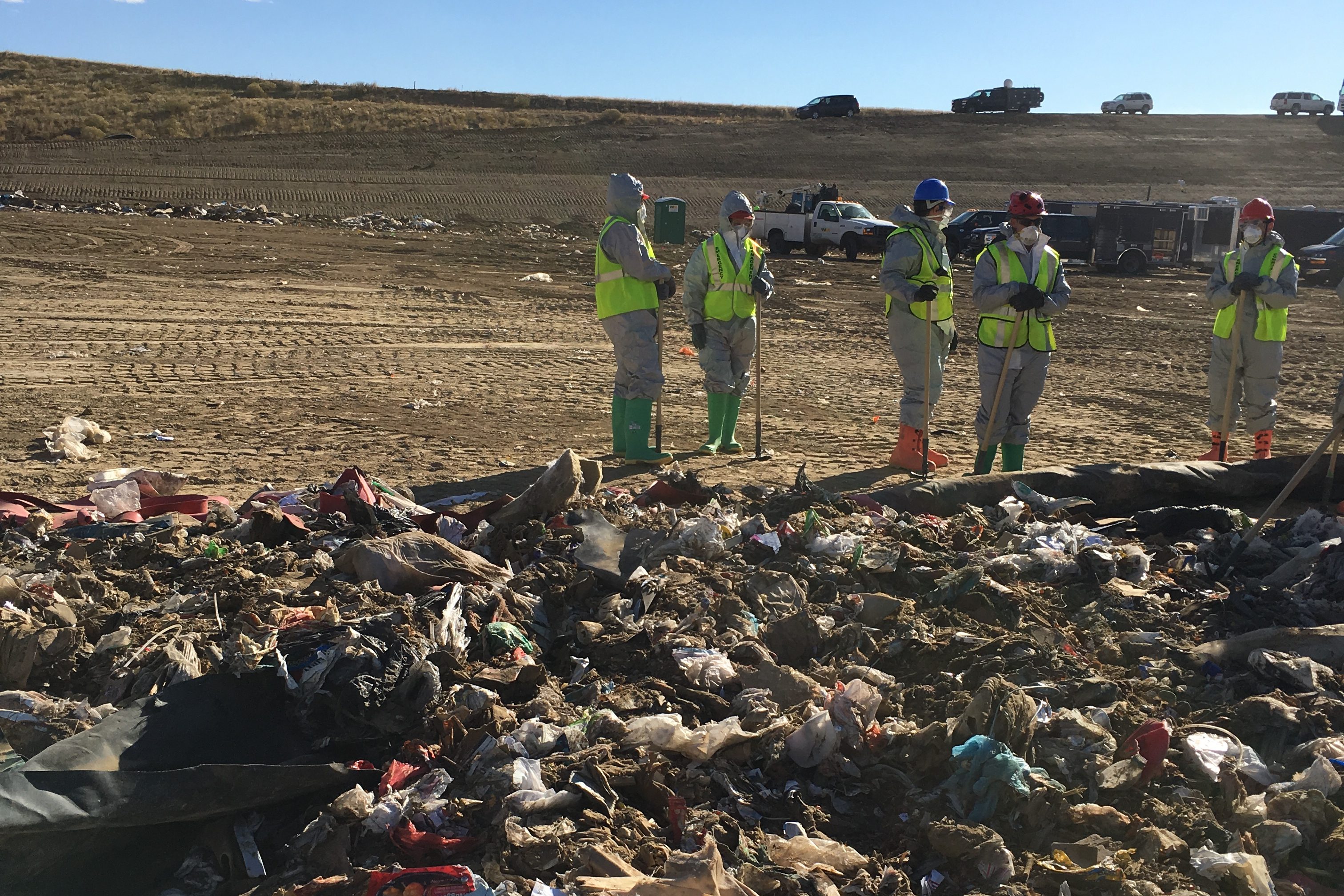