At approximately 2:00 p.m. on December 6, deputies with the Laramie County Sheriff’s Office recognized a truck driven by a suspect known to deputies to have a felony arrest warrant from Albany County for probation violation and sex assault.  Deputies initiated a traffic stop in the 4700 block of Ridge Road.  The suspect refused commands given by the deputies and was observed to have a rifle.

The Cheyenne Police Department responded to assist and for approximately an hour, the suspect refused commands to comply with law enforcement on scene.  Shortly before 3:00 p.m., the suspect exited the vehicle with a rifle in his hands.  The suspect fired his rifle and three officers from the Cheyenne Police Department and a Laramie County Sheriff’s Deputy fired their weapons.  The suspect was struck and declared deceased at Cheyenne Regional Medical Center.  No law enforcement officers were injured.  The Wyoming Department of Criminal Investigations investigates officer involved shootings and is doing so in this case.  The name of the suspect will be released upon notification of family members. This case remains under investigation. 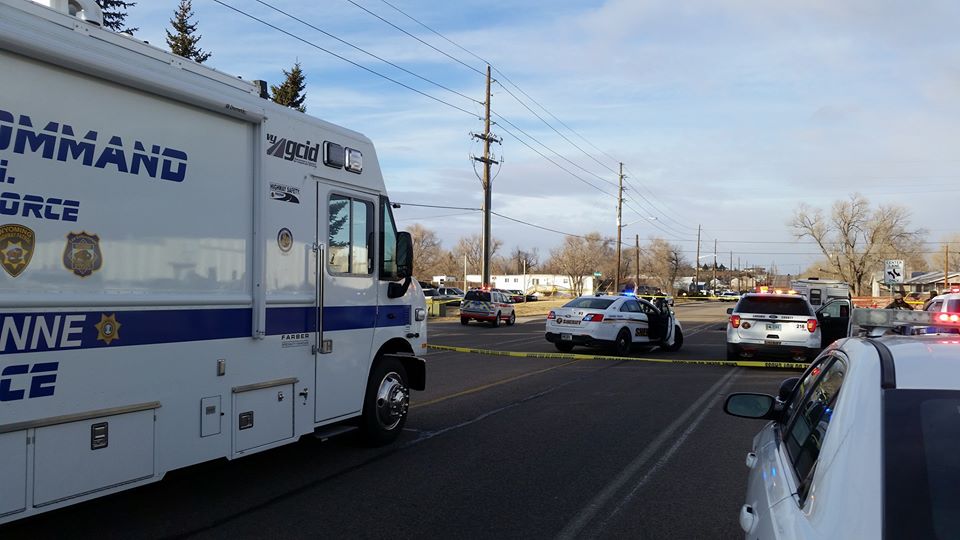