Cheyenne Central senior guard Emily Evans thought the game was over.  Evans missed on a desperation three point attempt as time expired in the Lady Indians quarterfinal game against Casper Kelly Walsh.  But a foul was called, and Evans calmly sank two free throws to give Central the win, 33-32, and punch their ticket to the 4A girls semifinals.

With 4.6 seconds remaining, Kelly Walsh was at the free throw line, leading by a point, for a one-and-one.  They would miss, and the rebound would come down to senior Erin McIntyre.  She would heave a pass down the floor to Evans, who took a dribble, then launched the three.  Evans was fouled on the play, setting up the dramatic free throws.  Through a text message, Central head coach Curtis Martindale said, “I didn’t have any words for ya anyway, expect, Oh my goodness.”  Martindale typically gives some post game comments following the game.

Central will play Gillette in the 4A girls semifinal at 6 pm this (Friday) evening.  That can be heard on 92.9 FM The Boss, or www.929theboss.com

The top-seeded East girls had a sluggish start to their quarterfinal against Rock Springs.  The Lady Thunderbirds trailed 14-13 after the first period, as head coach Rusty Horsely was not pleased with the way his team was playing defense.  That changed, and over the next two quarters, East would hold the Lady Tigers to just four points, outscoring them 12-1 in the third, to pull away for the 40-30 win.

The Lady Thunderbirds did not shoot the ball well at all, as they were 13-52 from field, and 3-16 from the three-point line, but Horsely credits that defensive effort in the victory.

East takes on Sheridan for the fourth time this season.  Tip off at the Casper Events Center is set for 4:30 and you can listen on AM 1240 KFBC, or www.kfbcradio.com.

The Central boys found themselves in a familiar position yesterday in their quarterfinal game with Natrona County.  It was once again down to the wire, as the Indians and Mustangs went back and forth.  The lead changed hands 11 times, with seven ties, and the largest lead of the game was four.

Trailing 44-43, Central’s Dontel Ybarra drove down the line, and missed a tough lay-up, and Nicholas Fraley’s put back was off the mark.  After two NC free throws, Central still had a shot, as Fraley got a good look at a long three, but came up short, as the Indians drop to the consolation bracket.

Central plays Sheridan this afternoon at noon at the Casper Events Center.  You can listen to that game on AM 1240 KFBC, or www.kfbcradio.com

The East boys just couldn’t get into a rhythm last night, as they dropped their opener at the state tournament to Riverton, 54-47.  It was a back and forth battle in the first half, as the Thunderbirds had an early 10-3 lead, only to see it evaporate at the end of the first quarter.  The Wolverines took a 25-22 lead into the locker room.

That lead would balloon to 11 points and a couple of different occasions in the second half.  East would battle back, to trail by four late, as Riverton was missing free throws.  But it was too much to overcome, as the T-birds move to the consolation bracket.

East will play Evanston at 1:30 pm today at the Casper Events Center.  Listen to that game on AM 1240 KFBC or www.kfbcradio.com. 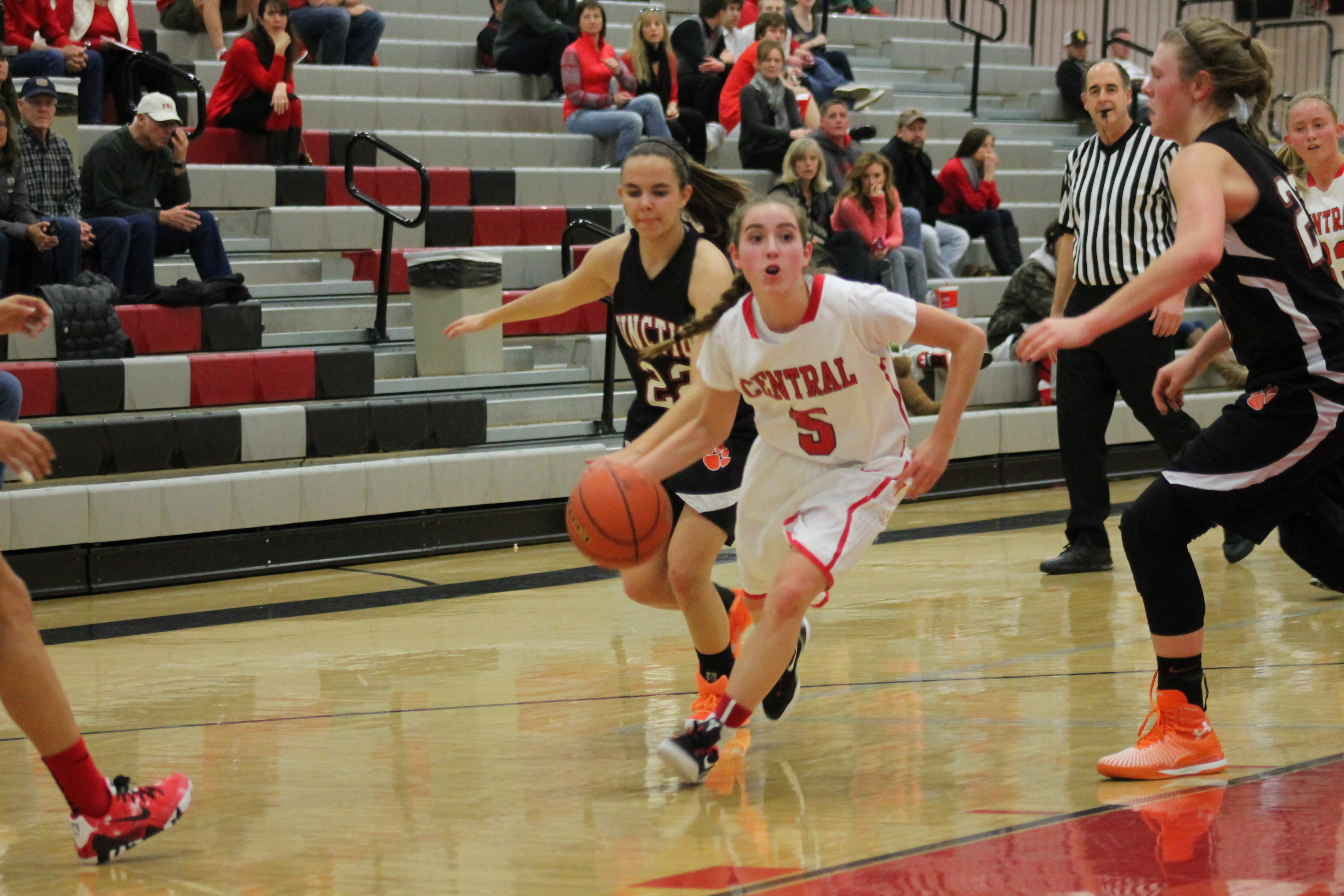