The Cheyenne East girls basketball team stayed perfect on the season, after dominating Gering, Nebraska Thursday evening at the Thunderdome.  The #1 Lady Thunderbirds used a stifling defense in the first half to put the game out of reach for good early on, and cruised to a 56-16 win.

East would jump out to a 22-6 first quarter lead, thanks to several steals forced by their full court pressure.  The Lady T-birds would increase that lead to 39-10 at the half, and eventually take a 52-10 lead into the fourth quarter, which had a running clock.  Head coach Rusty Horsely said it was the defense that set the tone for the entire game.

Senior guard Kayla Evans was all over the place in the first half.  She scored 14 of her 16 points in the first half, and had several steals, rebounds and timely assists to post players as well.  Horsely says her play has been consistent all year, as she is one of the leaders on this Lady T-birds basketball team.

Sophomores Cosette and Sierra Stellern each had eight points, as did sophomore Katie Loken off the bench.  Senior Ashton Brodahl finished with six points.  East improves to 11-0 on the season and will be at Scottsbluff, Nebraska Saturday. 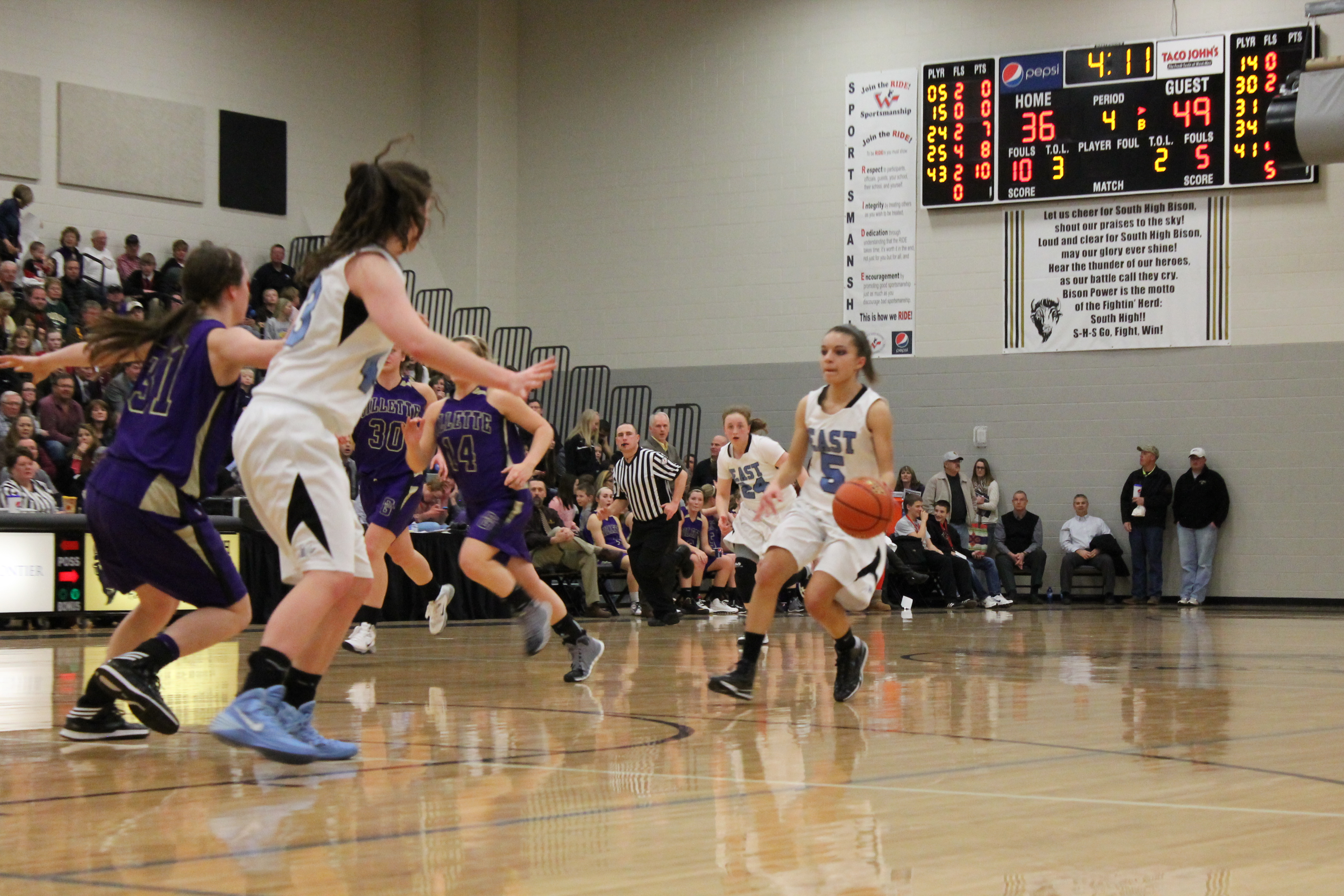