The Wyoming Game and Fish Department urges hunters and other backcountry users to be cautious when recreating in bear country, and to carry and know how to use bear spray.

“As bears become more active and hunters begin to pursue game in the field, we want our recreationists to be ‘bear aware’,” said Dusty Lasseter, Bear Wise community coordinator for Game and Fish.

“As hunters, we do exactly the opposite of what we would have most recreationists do to avoid bear encounters,” Lasseter said. “Hunters typically move quietly, camouflage their bodies, mask their human scent, are active at dawn and dusk, and use game calls to mimic what bears consider prey. All of these behaviors make hunters successful, but at the same time, there is an inherent risk of attracting bears or bumping into one.

“If you hunt in bear country, it is critical that you are prepared mentally and physically. Hunters should be prepared for an encounter and knowing what to do when you encounter a bear should be as automatic or routine as packing an extra jacket so that you are prepared for inclement weather,” Lasseter said. “The most important tool people can use when hunting and recreating in bear country is their brain, awareness of your surroundings and how to react to situations one encounters off the beaten path are part of the privilege to hunt in Wyoming.”

To improve the odds of minimizing conflicts, Lasseter suggests the following:

“Human safety has to be a person’s number one concern in any bear encounter,” Lasseter said. “Bear spray is an effective deterrent and we encourage all hunters to consider carrying and, when appropriate, using bear spray.”

“No matter what type of deterrent a person chooses, it is essential that they have practiced and can use the deterrent in sudden, high stress situations,” Lasseter added. “Again, we emphasize that people make sure to report any human/bear conflicts to Wyoming Game and Fish Department personnel as soon as they may occur so we can respond in a timely fashion.” 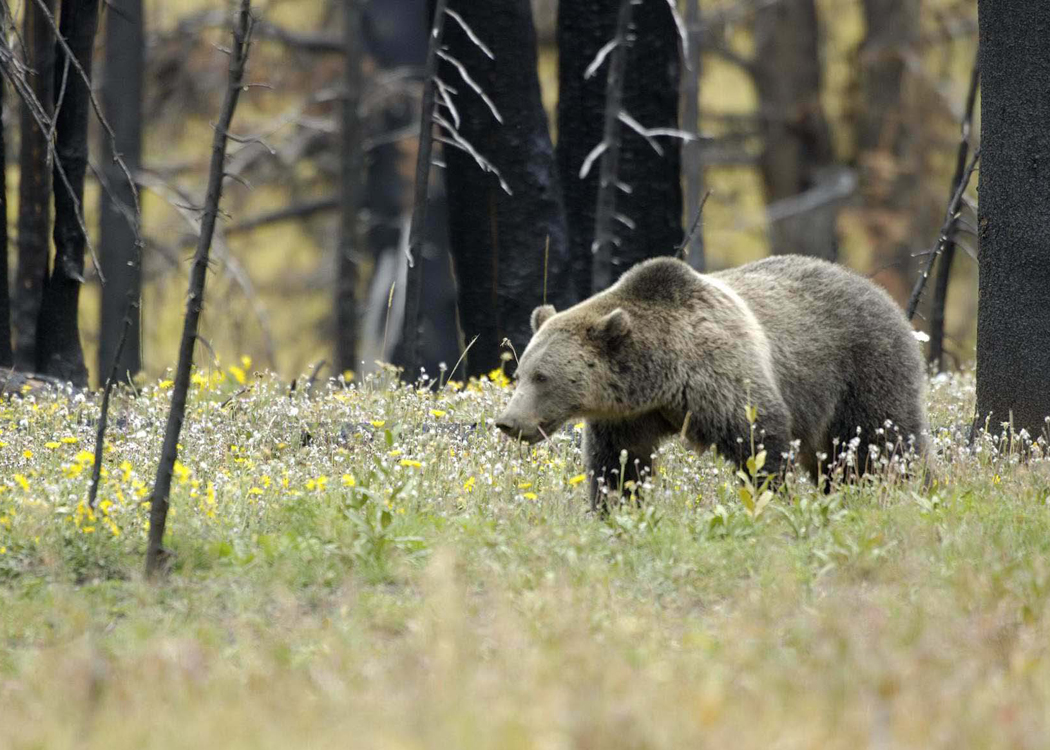