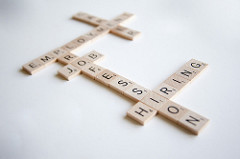 CHEYENNE, Wyo. – Wyoming Gov. Matt Mead has placed a freeze on state hiring in the face of expected budget shortfalls he says could reach $200 million by next summer.

Mead announced Wednesday that he’s ordered state agencies to review their programs and look for savings. He says the state will slow its rate of replacing vehicles and computer equipment to save money.

Mead says state lawmakers will likely have to consider spending money from the state’s $1.8 billion rainy day fund when they meet in Cheyenne early next year.