The Cheyenne Police Department began its “Operation Change” initiative this last Saturday, April 1.  Operation Change is the police department’s response to transient issues, particularly in the downtown area. The project takes a multi-faceted approach to provide social services to transients while enforcing local ordinances. The department is partnering with the COMEA shelter, Peak Wellness, several local churches, the Downtown Development Authority (DDA) and the Cheyenne Chamber of Commerce.

The initiative stems from a department goal to address the perception of crime in the downtown area.  A recent survey was conducted with the DDA in which 484 citizens participated.  Through the survey, 81.61% indicated they feel between somewhat safe and very safe downtown, but 36.65 % indicated the police downtown aren’t very visible.  One of the most repeated concerns in the survey was public intoxication by transients downtown.  In the past three years, CPD officers responded to 122 impaired person calls at the Spiker Parking Garage and CPD data indicates the alcohol offenses far outnumber any violent offenses in the area.

The CPD has begun extra patrols downtown to be more visible and deter crime as well as to make contacts with transients in the area and direct them towards resources which can assist them.  Residents of Cheyenne can expect to see CPD officers and volunteers participating in walking patrols, bicycle patrols and mounted patrols downtown.  In addition to the increased patrols, the CPD and Peak Wellness are coordinating with the courts to encourage rehabilitation to transient offenders with addiction problems as well as identifying repeat offenders for whom lengthier sentences are more appropriate. 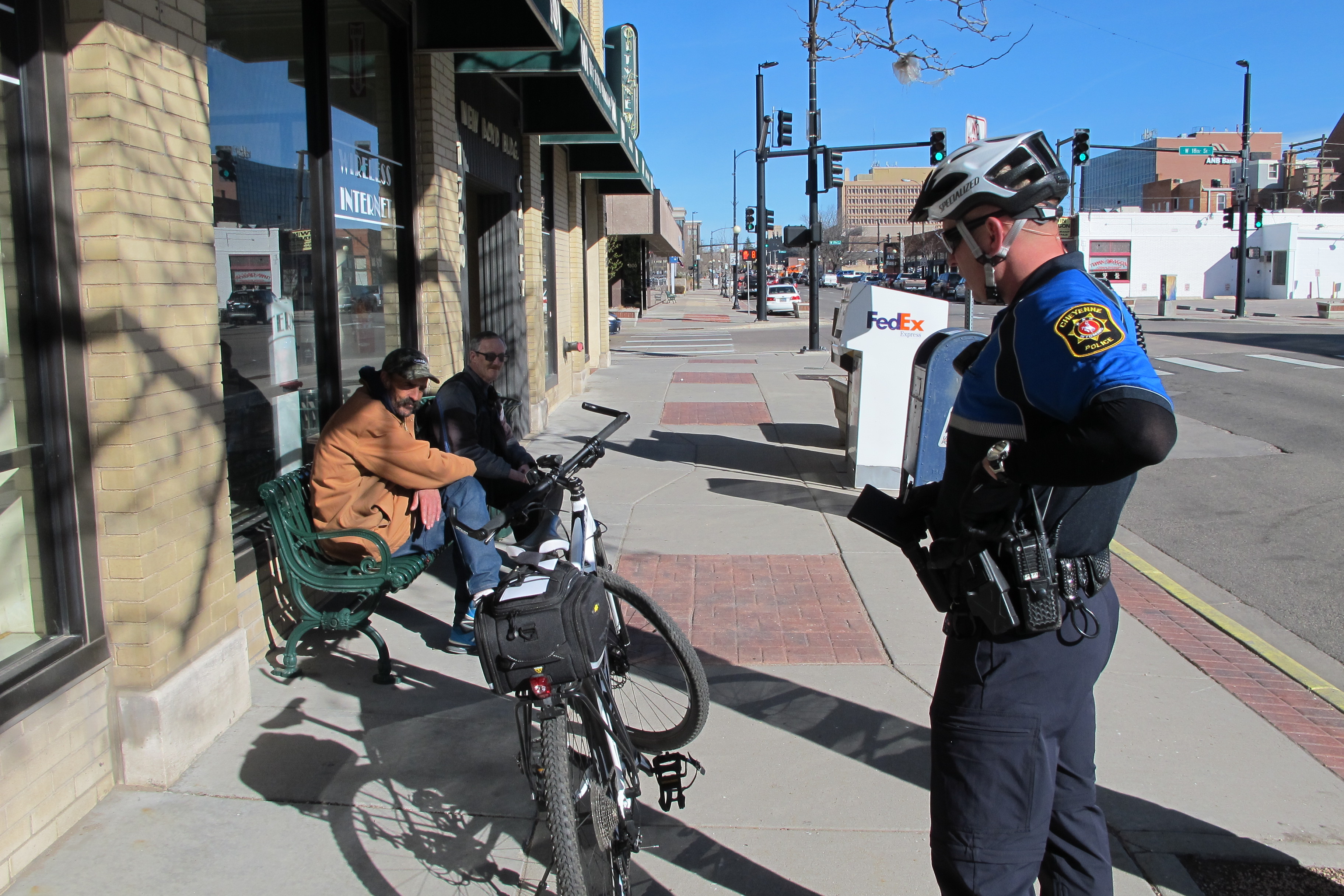