The numbers of male sage grouse on leks, or mating areas, was up around 10 percent this year over last year, according to data recently compiled by the Wyoming Game and Fish Department.

Just under 20,000 male sage grouse were counted this year on about 1,100 leks. This summer’s crop of grouse chicks also appears to be much improved over recent years.

Game and Fish Sage Grouse Coordinator Tom Christiansen said the increased numbers of birds are largely due to the good moisture conditions. “Green equals grouse,” he said. “We have found when we get good moisture in the spring, but not cold wet weather during the peak nesting period, the birds will have better nesting success.”

Echoing Christiansen’s comment, Bob Budd, chairman of Wyoming’s Sage Grouse Implementation Team, said the increase in males on leks and continuing indications of good chick survival are very encouraging. “The weather this year coupled with many positive changes Wyoming has implemented in sage grouse core areas has helped to produce positive results,” Budd said. “These trends should continue in the same cyclic manner that defines the species. The most compelling aspect of this data is the fact that the low points of these natural cycles continue to move upward, meaning that the highs are higher, and the lows less challenging. All of this points to a generally upward trend in the long term, which is the really critical need for sage grouse.”

This summer Game and Fish personnel and grouse researchers, along with ranchers and the general public who recreate in sage grouse habitats, reported seeing good numbers of young birds. And this is being confirmed by preliminary information taken from grouse wings submitted by hunters that indicates a high proportion of chicks in the population

. Christiansen said that when studying a grouse population it is important to consider the long term trends. “For example, looking at the last 15 years, we had a peak in the grouse population in 2007 followed by a downward trend that has rebounded this year,” he said. “Even though 2014 is not as good as 2007, it is substantially better than the low population Wyoming experienced in the mid 1990s.”

Christiansen said that while there are different densities of birds in different areas of the state, numbers are increasing in most of the state. “Northeast Wyoming is still an area of concern,” he said.  “Densities are low and still decreasing in that portion of the state.”

Christiansen added Wyoming isn‘t alone when it comes to improved outlook for sage grouse.  Several of the more populous sage grouse states also reported increases including Idaho, Nevada, Utah and Colorado. Time will tell whether the good numbers this year will continue into a long term upward trend, as much depends on the weather and continuing important conservation efforts. “But it is positive to note that recent years have been better than the mid 1990s,” Christiansen said. “There is optimism for sage grouse on the horizon.” 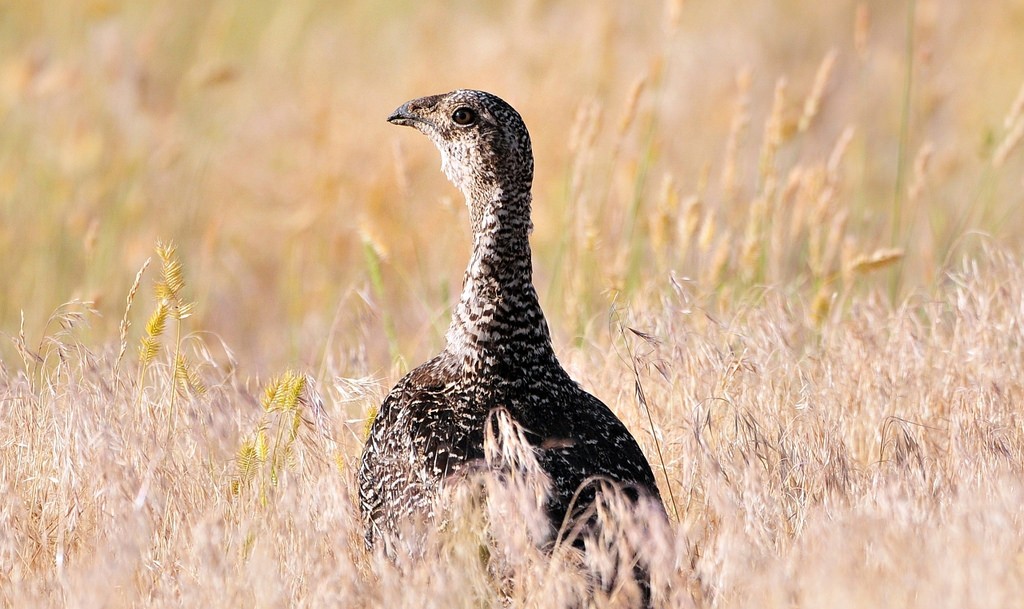