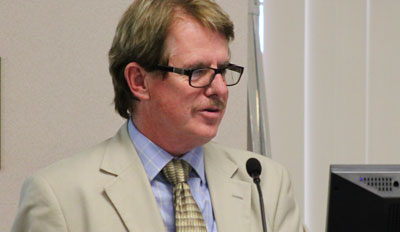 Laramie County School District 1 Superintendent of Schools John Lyttle has announced he will retire June 30, which is the last day of the contract year.

“It has been a pleasure to work with Laramie County School District 1 students, staff, families and community over the course of a 41-year career,” Lyttle said. “I am proud of the positive steps we have taken as a district to improve student learning on an individual basis and I look forward to seeing this district continue to grow. We have a dedicated and committed staff that demonstrate every day their incredible commitment to our students.”

Lyttle began his career at Johnson Junior High School as a Teacher Corps intern. From there, he moved to Fairview Elementary for two years, returning to teach at Johnson for another three years. Next, he moved to East High School and later became the district art coordinator.

Lyttle served as an assistant principal for a year at Central High School before assuming the role of principal. Following his time at Central, Lyttle served for 15 years as the district’s Assistant Superintendent for Human Resources.

In July 2014, he served as interim Superintendent of Schools and was appointed by the Board of Trustees as permanent superintendent in February 2015.

“As a result of my extended career, I frequently get the opportunity to speak with former students that have graduated from our schools and I hear the positive difference their education has made in their own success,” Lyttle said. “I shall miss the day-to-day responsibility but will always continue to support our schools in any manner that I can.”

The Board of Trustees has begun the search process to fill the superintendent vacancy.