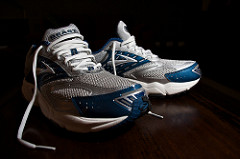 BOULDER, Colo.– Several young members of the University of Wyoming men’s and women’s cross country teams had solid showings at Saturday’s Rocky Mountain Shootout at the Buffalo Ranch. Sophomore Lauren Hamilton paced the Cowgirls to a second-place team finish behind No. 2 Colorado, while redshirt freshman Jesse Gray led a group of three Cowboys in the men’s race.

“Today’s race was really about seeing which of our young kids could step up for the team,” UW assistant coach Amanda Clower said. “The Cowgirls did an awesome job of working together as a group. Lauren led from the start, but it was great to see a freshman in Bella right behind her. It was good to see that confidence from her. All our young kids really fought for spots today.”