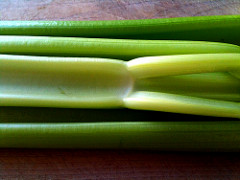 Five grocery store chains in Wyoming are pulling some celery from their shelves following a recall due to concerns it may contain E. coli.

The recall involves stores throughout the Western U.S. including Idaho, Montana, Utah, and Colorado after a celery and onion blend tested positive for E. coli.

The E. coli outbreak has resulted in 19 infected people in 7 states. There are no cases reported in Wyoming.