The Central Indians have been up and down to start the season, as they were 5-6 heading into 4A East Conference play against top-ranked East.  But the Indians knocked the T-birds from the top spot with a 48-38 win at Storey Gym Friday night in front of a capacity crowd.

Central relied on its stingy defense that held two of the best players in the state in check.  The Indians frustrated East senior Zach McCord and junior Elijah Oliver, holding the two to just 21 points combined, about half of their normal production.  Central head coach Tagg Lain said they just kept sticking with their defensive plan.

To give you an idea of just how tough Central’s defense was, East made just one field goal in the second and third quarters, scoring ten of their 12 points from the free throw line.  Lain says that he will take that kind of effort every night.

The Indians led throughout, building a 12 point lead in the fourth quarter, only to see East rally back to cut it to four points at 41-37.  Central didn’t do itself any favors at the line in the final period, going 10-23 from the line in the fourth, allowing the T-birds to get back in the game. 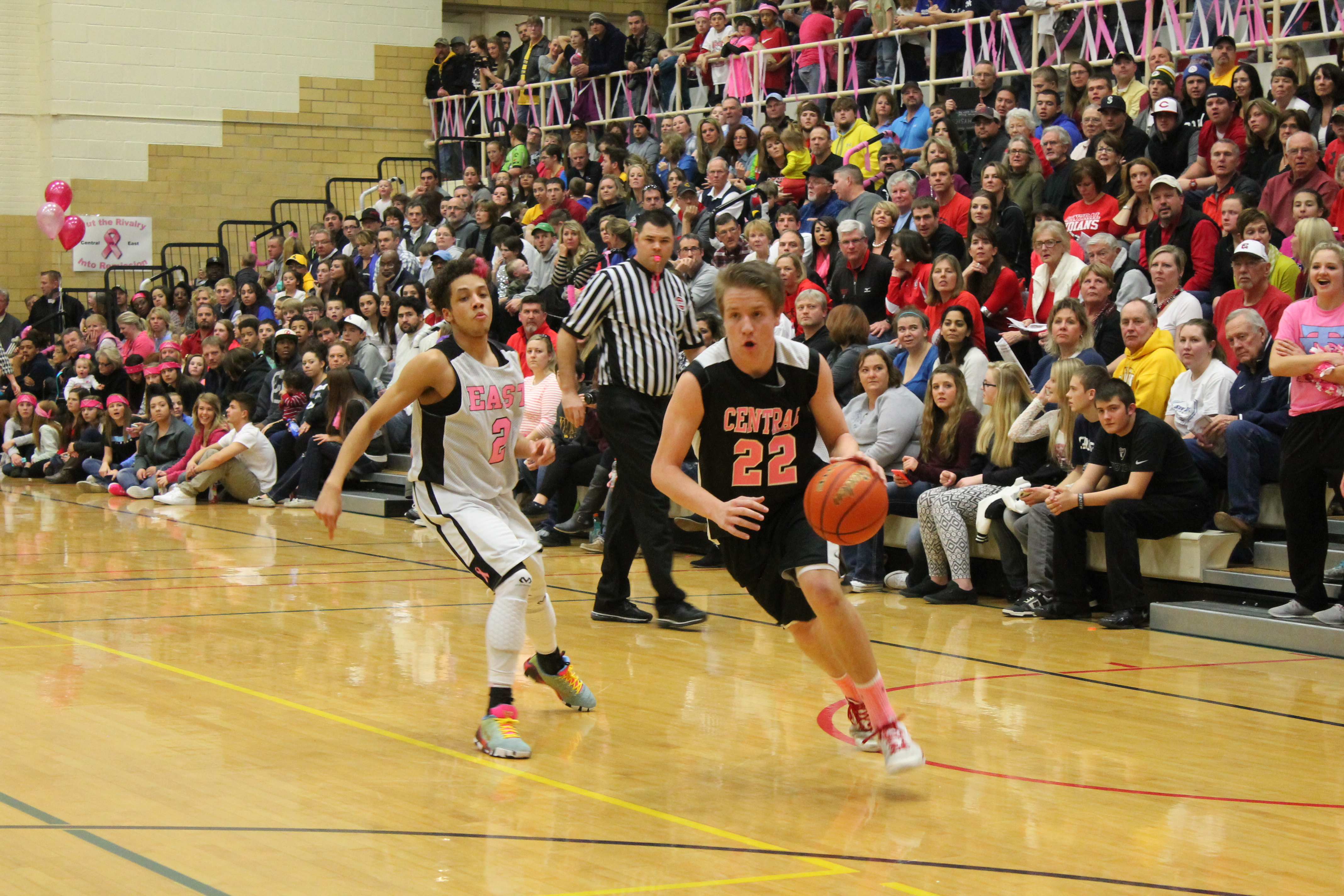