With his family by his side, he told supporters in Cheyenne that the state is “a great place to raise a family.”

In his general election campaign, Mead emphasized the state’s healthy economic condition and his willingness to stand up to Washington, D.C., on issues such as advocating for Wyoming coal.

In a telephone interview, Mead said a new term will give him the opportunity to work on energy strategy, water strategy, and expanding technology and broadband in the state.

Mead also said he looks forward to beginning a discussion on how Wyoming should handle its rainy day fund – a $2-billion savings account that could be spent to fund state projects or government operations. 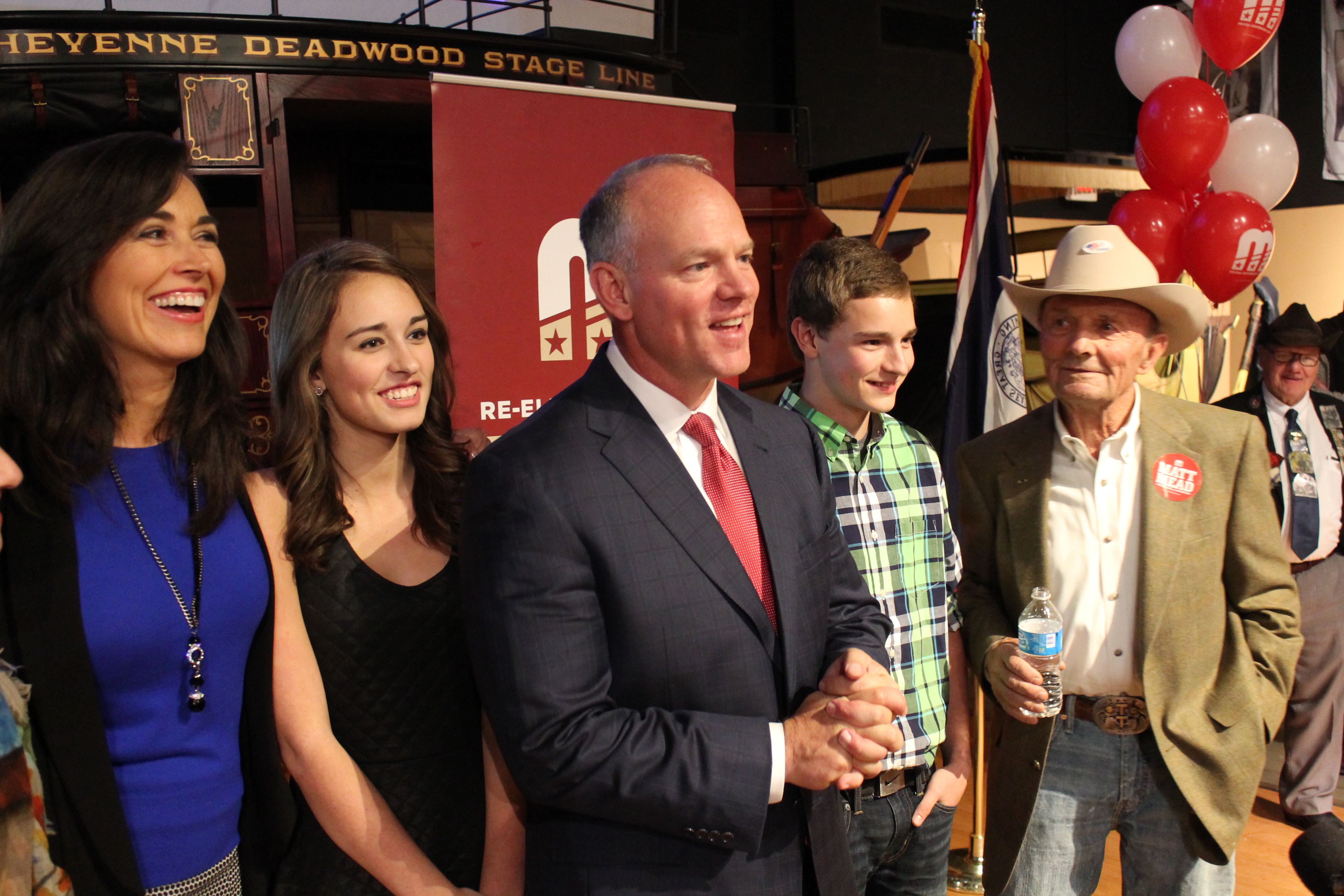